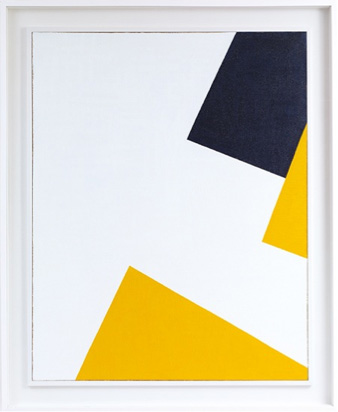 Keith Coventry lives and works in London, UK. In 2010, he was awarded the John Moores Painting Prize. In 2012, he had solo shows at Peer, London; The Bowes Museum, Barnard Castle, UK; and New Art Centre, Salisbury, UK. In November and December 2012, his ‘Junk Paintings’ were on show at Pace London, and his most recent exhibition, ‘Twentieth Century Estates’, runs at Modern Collections, London, until March 29th.

Since the early 1990s, Keith Coventry has created a body of work that describes a confluence of diametrically opposed sociological and aesthetic factors. This conflation simultaneously creates new hybrids of visual language and image-making, and bestows a semi-ironical, semi-satirical comment upon the cultural assumptions of art. With skill and an elegant wit, Coventry has codified the subject matter of social dereliction (problem council estates, drugs, prostitutes, football violence, rioting), populist glamour (supermodels), junk food (McDonald’s, kebabs), art history (from Suprematism to German Expressionism by way of Walter Sickert), and upper-crust Britishness (Eton College, the Coldstream Guards, the enduringly exclusive Albany apartments on Piccadilly) through the ‘high’ cultural strategies and imagery of classically Modernist art. In one sense, he seems to regard both the social and artistic experiments at the centre of Modernism as severely compromised at best and failed at worst.

What emerge are works that possess above all a sense of proposing their own ideological and aesthetic dogma. Seen up close, there is a curiously unsettling near shabbiness to Coventry’s art – an air of quotidian surface damage. His work appears to inhabit a conceptual space in which the respective forces of cultivated taste and modern social dysfunction at its most aggressive are ranged against one another – as though positioned for a series of battles in an epic struggle between enlightenment and savagery. But Coventry maintains the tension of these opposing forces – neither side ‘wins’ – preferring to deploy anthropological systems and philosophical models of thought, which then either dictate the course of his art-making process, or become routed through an illusion of fine artistic authority.

So, what do you get? To take an example: the viewer’s gaze is arrested, caught, confounded, not by ‘something’, in the sense of a visual spectacle, but by the feeling that what they are looking at is somehow, conceptually, drawn from a curious crease within the art-making process. The physical object – a painting – is present, fair enough; and this particular work is portrait format, not enormous but large enough to be imposing. But what can we actually see, and how does seeing it feel? In one sense, this picture seems like a discursive void – the equivalent of empty, abandoned or forgotten space; and, in another, its mute impassivity generates an impression of forceful yet withheld meaning.

At first glance, Untitled (Junk Painting) (2012) is a simple abstract composition. On a white painted background, a buttercup-yellow, triangular form rises from the lower edge of the canvas. From the right-hand side, midway up, another smaller triangle (the same bright yellow) asserts itself into what now seems to be the rather serious – intellectually charged – blankness of the picture plane. And abutting this smaller area of yellow, a black oblong thrusts down assertively, pulling up short of the area of yellow running parallel. And thus a large area of empty white remains between the geometric shapes. If we were thinking in terms of dynamic energy, you might imagine that the movement of the painting pulls diagonally upwards from bottom right to top left. 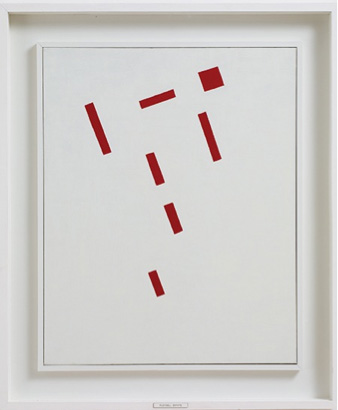 It’s all quite pleasingly clean, in a rough kind of way, and the composition seems utterly self-assured – declamatory, resolved: the art work released into autonomy, freed from anything other than itself and its own rules. For it simulates the look of classic abstraction of the period 1910–25 so well; it’s a painting that seems to perform a role, but in such an ambiguous temper (intent, arch, mocking, surly, completely sincere – any or all of these) that you realize the serial ambiguity is from where its profound ability to disorientate the viewer emanates. Look closer, and there is even the very slight coarseness of execution – a roughness of edge between canvas and paint – that never fails to surprise when you examine the surface of a masterwork of early abstraction, made a century ago. But still, the identity of the Coventry version appears to resound with an oddness that might prompt the viewer to hesitate – half confused, half shut out – in search of a place for reason to settle and understanding to focus. Fat chance.

This is one of the series of ‘Junk Paintings’ made by Coventry last year, their abstract forms in black, white, red and yellow dictated by the random manner in which the discarded packaging of McDonald’s fast food has been trodden upon and flattened by passers-by. The ‘abstraction’ therefore, is simultaneously pure and debased; and conceptually these paintings shape-shift and role-play between the re-enactment of historic high Modernist principals, a Cageian/Duchampian engagement with the self-generative strategies of chance, the insinuation of political comment and a certain whiff (not the top note, precisely, but there in the mix) of punkish game-playing with the hierarchies of cultural status: transforming that which was the lowest of the low – the junked detritus of fast-food packaging – into the enshrined visual language of Modernist abstraction at its most elevated. The circuitry of such irony is perfectly sealed – and then there’s always more.

The ‘Estates’ series of paintings (1991–6), for instance: on the surface as serious-looking an exploration of abstract form as anyone might (possibly) hope for. But all is not as it appears, for these abstract forms – angled lines and blocks – are in fact a schematic diagram of the units of a social housing estate, rendered in slightly drab, simple colours. Such is the origin of the abbreviated abstract forms on these austere, academic-looking, Malevich-like paintings. And again, they’re all a bit ... roughed up.

Likewise the textured surface of one of Coventry’s ‘White Abstracts’ (1994), at first glance reminiscent of a highly evolved form of Minimalist abstraction, reveals beneath its surface scenarios of high British iconography and the ceremony of institutional and monarchal power; for example, Sir Norman Reid Explaining Modern Art to The Queen (1994) – a title that seems to mix, behind a mask of straight-faced candour, the edifying intentions of classical history painting with the shamanism of Joseph Beuys’s performance How to Explain Pictures to a Dead Hare(1965).

The shuttling between ‘high’ and ‘low’ cultural values in Coventry’s art appears endless – and wholly dismissive of taking one side or the other, either aesthetically or politically. What you get is nothing less than an Orwellian vision of the chilling dualism that comprises late capitalism – the mating of wealth, cultivated taste and status with social collapse, addiction, violence, cynicism and effluence. 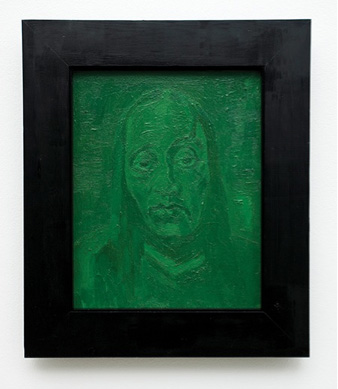 Thus, in ‘Echoes of Albany’ (2009) – which directly reference Sickert’s ‘Echoes’ series of the 1930s, based on images from The Illustrated London News – we find contemporary drugs and prostitutes in London’s most exclusive and aristocratic address, like the dirt beneath the fingernails of status and super-wealth. While of his ‘Junk’ paintings, Coventry has said: ‘I like this idea that capitalism can consume anything, that McDonald’s can consume Suprematism. No matter what you do to react against it, it just welcomes it with open arms and says “let’s make some money from it”.’1

Coventry’s interest in self-generating art-making systems, in which the conceptualism of his work is realized within a somewhat dizzying relationship between medium and process, has recently been intensified in his ‘Deontological Pictures’ (2011). There has long been a philosophical nuance within his thinking and the titling of his works (the concept of ‘Repressionism’ for example, in his ‘Spectrum Jesus’ of 2009) and the principles behind the ‘Deontological Pictures’ have been summarized as ‘a way of thinking about value, which can be most easily introduced by contrast with the idea that the value of a thing depends on its consequences. Many versions of deontology emphasize rules that must be followed whatever the consequences.’2

On this basis, discovering that his studio roof was leaking, Coventry collected the (very) dirty rainwater in buckets and added a couple of drops of black pigment for good measure. He then laid out some jute on the studio floor and brushed it with a broom, before throwing a small bucket of the pigmented rainwater over it, and allowed it to dry on the uneven floor. Framed behind glass and carefully labelled, museum style, with series title and number, the resulting pictures present the viewer with the quintessence, perhaps, of Coventry’s vision as an artist. Essentially uniform in appearance, a darkish grey, but mottled and shadowed according to the drying process within the studio and the floor surface on which they dried, the ‘Deontological Pictures’ both possess a serial meaninglessness – are quite openly what they are: stained and dirtied sacking – yet also invite a timely conversation about aesthetics, meaning and value (cultural and commercial), and the relationship of those qualities to one another.

And this is where we came in – at the moment when, as one looks at Coventry’s art, we might have the impression that what we are seeing is on a frequency of ‘meaning’ with an illustration or diagram in a socio-philosophical treatise. The work – be it abstraction derived from randomly trampled fast-food packaging, or the architectural plan of a council estate, or the consequences of dirty rainwater dried on jute – seems always to evade capture by the viewer’s gaze. That these paintings are more or less than what they seem to be – a philosophical position, a social commentary, cultural class war (although no one’s saying what side they are on) – lies at the heart of their curious grandeur.